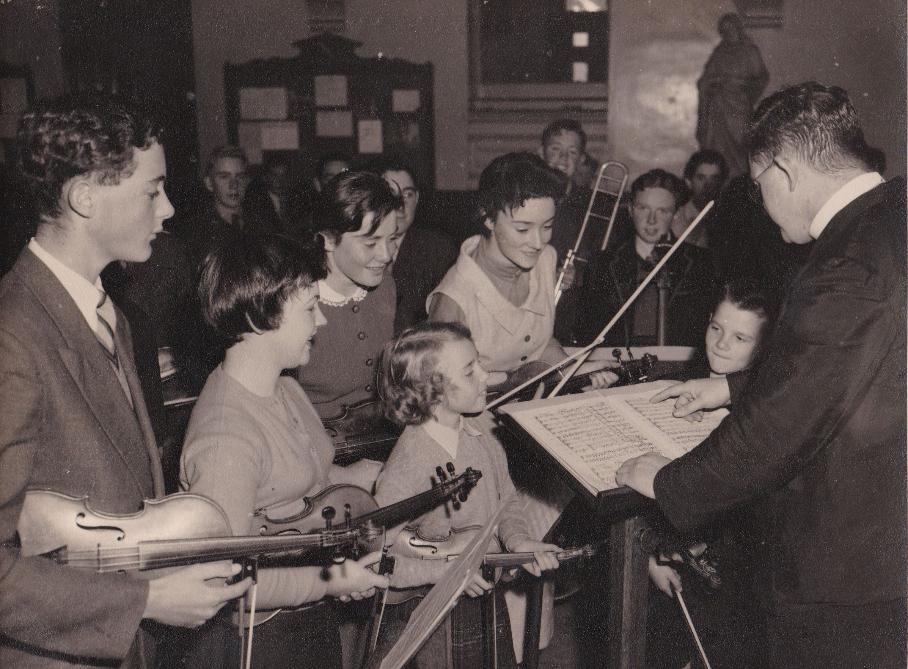 YOU CAN DO TOO MUCH PRACTICE

You can do too much practice.

It has been mentioned that it is important to practise. Margaret has often told her pupils so. The young Margaret herself did not need to be told to practise – in fact, it was quite the opposite.

Exams were coming up, and Margaret was keen to do well. She had achieved much already in her exams and wanted to keep up the good work. The bar, however, was continually being raised. New bow strokes, new keys, new playing positions, seemed to roll out endlessly in front of her. Now it was time for double-stopping, or playing two notes at a time. First, you must make sure the bow is at exactly the right angle to the strings in order to sound them together, putting exactly the same pressure on each string. Then the fingers which are stopping the string have to be adjusted, first by determined adjustment guided by a fine ear, then progressively trained into the motor memory until it is instinctive.

At first, it is a roller coaster of sliding notes, gradually getting into tune, but hard to listen to in the process. It’s the way every advanced string player has to do it. Margaret practised assiduously, while the other family members made themselves scarce. Gradually they withdrew to other parts of the house, remembering little tasks they had put off.

Driven by exam pressure, Margaret hardly noticed their absence. On and on went the double-stopping, chord after chord painstakingly adjusted as the minutes, and the hours, ticked by. Was this much practice really necessary?

But, behold. The door opens a mite, but no-one enters. We are looking too high. Look down! It is Lucan, the family beagle, that sagacious and patient beast who watches over the entire family. He enters the room with a sense of purpose. Under the table he walks, over to Margaret, and ever so gently, he bites her. Margaret gets the hint, and decides she has done enough practice for tonight.

Lucan was well fed that night (and Margaret got top marks of course).